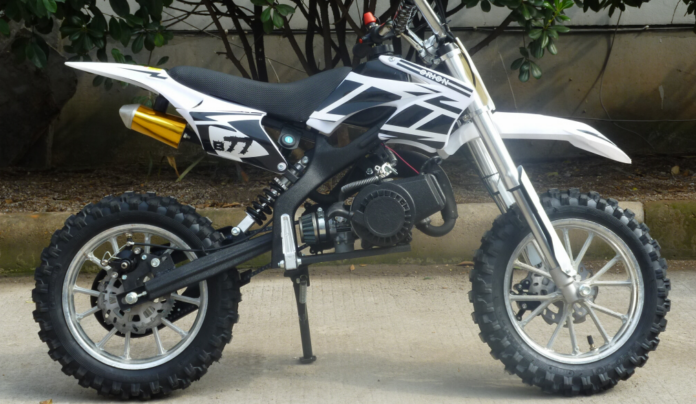 A 50cc motorbike is an excellent alternative for novices who have never ridden before, as well as anybody who just wants to have fun on the road. There are other varieties of motorcycles available, but this article will major on the 50cc class. These motorcycles are available as both scooters and mopeds.

Among the most important qualities of a 50cc motorcycle are:

A 50cc engine generates less power than bigger engines, thus it will not be able to go as quickly as those with more horsepower, but it compensates for this by being more fuel-efficient and simpler to run for novice riders.

Gas mileage is another major benefit of choosing a 50cc motorbike for an adult. These motorcycles typically get approximately 60 miles per gallon (MPG), making them far more fuel-efficient than gas-powered automobiles and trucks. In addition, you won’t have to worry about running out of gas on extended travels!

When purchasing an engine, fuel efficiency is one of the most crucial variables to consider. The fuel consumption of a 50cc motorbike is around 2-3 litres per 100 kilometres, which is fairly low compared to other engines that use above 5 litres per 100 kilometres. Additionally, it consumes less gasoline, allowing you to save money in the long term.

A comfortable seat is crucial while selecting a 50cc motorcycle. You need a seat that is not only aesthetically pleasing but also provides support while riding. You will want to be able to bike for extended periods of time without experiencing any pain. Before purchasing a previously used seat, you may wish to consult the original owner’s handbook to see whether there have been any problems.

Most 50cc bikes are intended for a single rider, therefore they have limited storage room and may not perform well at higher speeds. However, they must be simple to control when riding and while parking or performing parking lot manoeuvres, such as swiftly backing up or turning 180 degrees so that traffic may pass.

Electric start is typical on the majority of 50cc bikes, but not all. It is a convenience that makes it simpler to start the engine whether it is cold or hot outdoors, and it may be particularly beneficial for those with disabilities or other restrictions that make it difficult to kick-start a bike. Some variants are also available with an automatic gearbox, which makes the motorcycle simpler to operate for novice riders.

The maximum speed of your 50cc motorbike will depend on the gearbox you choose (manual or automatic) and your riding ability. The majority of motorbikes can achieve speeds of approximately 60 miles per hour, while some may go significantly faster if properly adjusted.

A 50cc motorbike is an excellent alternative for anyone wishing to get into motorcycling. They are effective and inexpensive, and if properly maintained, they may endure for years without requiring any repairs. Nowadays most of people want to buy the cheap fuel friendly motorcycles mainly because they are more fuel efficient and cheaper in overall maintenance cost. The key features of 50cc motorcycle gets a lot positive reviews since most of people love riding these motorcycles due to their superior handling, great performance and powerful braking system.

What to look for in Beach Chairs for Kids

The Best Way to Pressure Wash a House!

How to Clean a Carburetor on a pressure washer

Key Features in a 50cc Motorcycle